ED KUEPPER - The Return of the Mail​-​Order Bridegroom 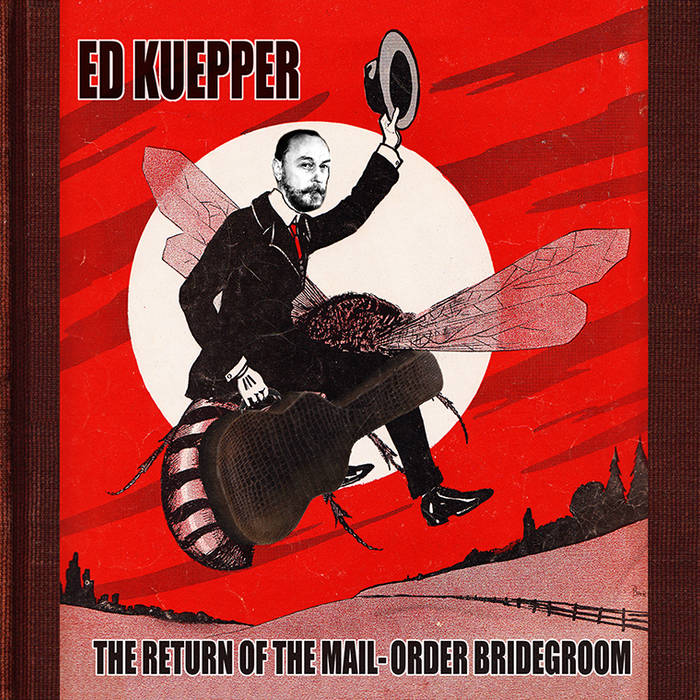 Nick Turnbull So many reasons, but Messin' With the Kid is a great song in any version and this is one of them Favorite track: Messin' With The Kid.

Announcing the release of a new Ed Kuepper album THE RETURN OF THE MAIL-ORDER BRIDEGROOM… out on Valve through MGM on APR 18.

The CD was inspired in part by the success of 2013's inaugural Solo and By Request show and also Ed's first acoustic recording from the nineties.

Back in the mid 90's I recorded what was in essence my first truly solo album...meaning just myself and a couple of acoustic guitars. It was called ''I was a Mail-order Bridegroom''. It came about after my first European and North American solo tour. I'd toured lots with some very talented people but doing a solo show that actually works was something special for me. The first Bridegroom album was an attempt to capture the nature of those shows. Last year, I decided to go out solo again ...this time on a totally by request basis… meaning no set list… I'd just play what was requested. The tour went better than I expected and I wanted to capture how things had changed musically in what was essentially the same format. I'm pretty happy with how it turned out.

And also just announced... the all singing all dancing Ed Kuepper returns to the live arena this May-June for a series of acoustic Solo and By Request shows in support of the new release.

Ed brings his Solo and By Request show to parts new and old this winter including a spot at Sydney's newest venue, the Newtown Social Club as well as first time visits to Newport Victoria and Bellingen on the NSW Nth Coast where Ed will be performing upwards of two hours each evening. That'll keep you toastie. In addition Ed will perform solo at The Gumball Festival in the Hunter Valley on April 12th. Tickets on sale now.

THE RETURN OF THE MAIL-ORDER BRIDEGROOM shows...