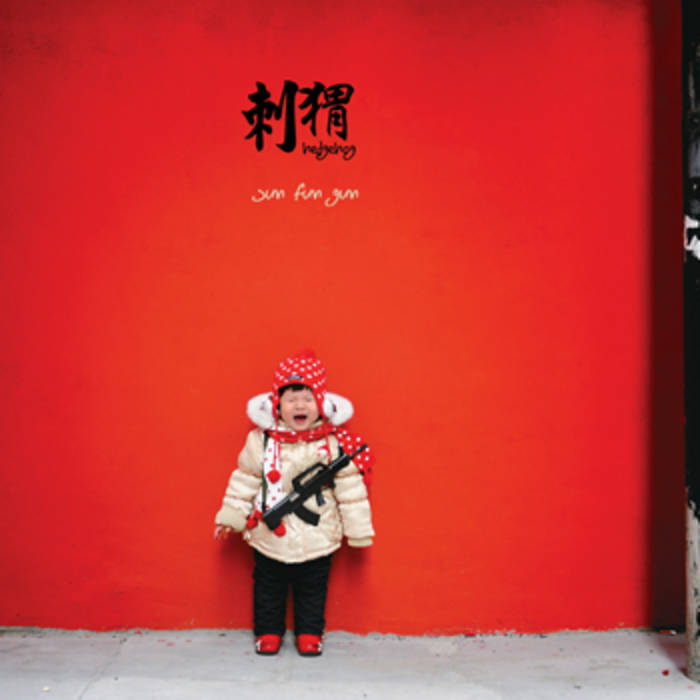 Announcing the release of their latest album SUN FUN GUN through Valve/MGM on SEPT 21.
Plus a special one-off headline show in Melbourne DING DONG on WED 10 OCT!
And an short instore in Brisbane at TYM GUITARS on FRI 28 SEPT at 5pm.

Hedgehog, like many of the best bands in Beijing, was founded in the miracle years of 2004-2005, in January 2005, specifically. For some inexplicable reason they didn’t seem to make much of an impact early on, but we first met them when they played a series of concerts at D22 in late 2006, during which time they very quickly became one of the favorite bands. In late April 2007 they performed a concert that smashed the sound barriers and created such an uproar that within a month they had catapulted into position as one of the most talked about underground bands in China.

Hugely popular with both musical hipsters, for the brilliance of their compositions and performances, and with rock and roll party animals, for their wild, out of control pop frenzy, Hedgehog’s music is totally approachable and totally unique. Percussionist and vocalist Atom(阿童木) is a tiny girl who just barely peeps over the top of her drum kit but who bangs out explosive rhythms like a monster possessed. Bassist Box(博宣), the person responsible for keeping the band in line, punches out the tight bass lines that hold the songs together while seeming lost in oblivion. Guitarist and vocalist ZO(子健) slashes out huge waves of chords that seemed to fit perfectly within the songs yet at the same time tear them apart -- while jumping, twirling, staggering and even falling over several times during his performances without letting up for the slightest pause. Hedgehog is a classic power trio with three of the best performers in Beijing on their respective instruments, but it is their song-writing skills that make this band more than just a great performance band and one of the most important in China. They have played most of the major festivals in China, toured the US, performed at CMJ and now touring Australia with Regurgitator as well as an Australian release of latest album "Sun Fun Gun" through MGM.

Plus two special one off headline shows...