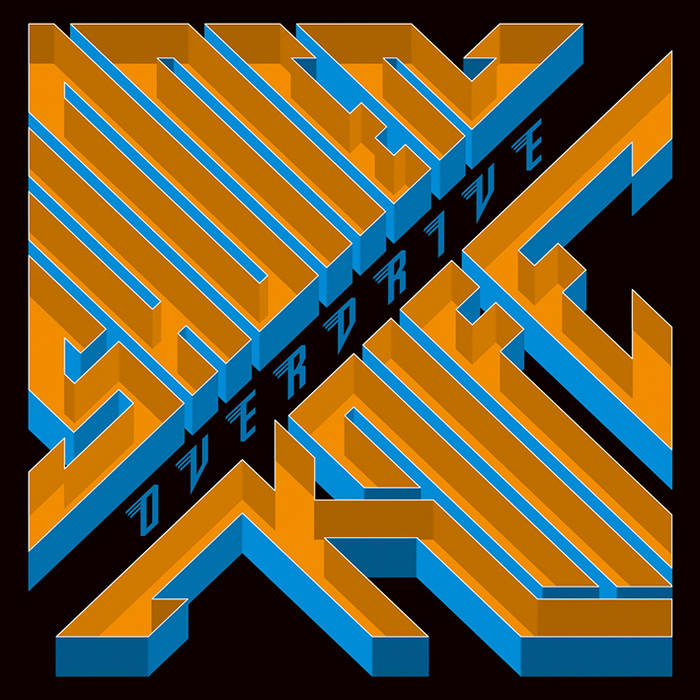 SHONEN KNIFE …step into Overdrive with album #19.
Out on APR 18 on Valve/MGM in special Australia edition colours.

The number one world famous Japanese all girls band Shonen Knife will release a new album after 2 years. The album title is “Overdrive”. It’s a very ROCK album!

Shonen Knife worked very hard in 2013. They toured all over the world and their song “Osaka Rock City” from the album “Pop Tune” released in 2012 was used as the theme song for the Japanese movie “Soul Flower Train” (director: Hiroshi Nishio); as well as releasing their Ramones tribute album “Osaka Ramones” in 2011. Ever rocking band leader Naoko wrote 10 songs with passion and love... an album of warm, overdriven, abrasive guitars, doubled harmonic solos, dissonant power chords, menacing bass and thunderous drum rolls. The theme of this album is ‘70’s Rock and ‘70’s Hard Rock! Shonen Knife took over the great ROCK spirit of ‘70’s rock music. Inspired by legendary bands like Thin Lizzy, Black Sabbath, Runaways, ZZ Top, Judas Priest... Yes, it’s “School of ROCK”. The very ROCK artwork of the album is designed by Masahiko Ohno who is also a musician as “Solmania”. He has even toured with Sonic Youth.

Their new album “Overdrive” is coming! It will be released simultaneously in Japan, Europe, North America and Australia. Touring in 2014.

Listen this album and you will get to know how ROCK is wonderful!

7/10 Uncut Magazine: “While the fuzz-filled punk vibe is still present and correct, there’s also a hard rock thread running through Overdrive, with “Black crow”, about a bird that never shuts up, and “Ramen Rock”, a thunderous ode to their preferred noodle dish, containing unmistakeable nods to thin Lizzy and Black Sabbath”

7/10 Clash: “In a world of pomp and seriousness it benefits to have a band like Shonen Knife to counteract the cynical earnestness of a lot of rock music. ‘Overdrive’ shows a newfound menacing dissonance, but also a warmth that shows no sign of the band’s life-affirming charm waning”

5/5 Narc: “Dance To The Rock is the calling card: you won’t hear a more fun record this year”

4/5 The Skinny: “Overdrive’s sugary take on 70s dinosaur rock also stands unexpectedly in its favour, but ultimately all you need to know about the Osaka trio’s nineteenth album is this: it’s fucking AWESOME. Best not to question love when it’s inevitably, irredeemably absolute.”

Shonen Knife (meaning "Boy Knife" in Japanese) is an all-female Japanese pop punk band formed in Osaka, in 1981. Heavily influenced by 1960s girl groups, pop bands, The Beach Boys, and early punk rock bands, such as the Ramones, the trio crafts stripped-down songs with simplistic lyrics sung both in Japanese and English. They continue to be the most internationally recognized name in Japanese Rock, the indie darlings of hipsters and rock stars alike, thirty-three years since Naoko and the band began releasing albums of their joyous mixture of pop, punk, food and fantasy for the world to enjoy. Since their inception featuring Naoko's sister Atsuko and their friend, bassist/vocalist Michie, through to their current lineup featuring members Ritsuko (bass) and Emi (drums), SK have maintained their rightful place in the ever changing indie rock scene. Despite their pop-oriented nature, the trio maintains a distinctly underground garage rock sound rooted in edgy instrumentation and D.I.Y. aesthetics, which over the course of their long career has earned them a solid, worldwide cult following and made avid fans out of seminal '90s alternative rock bands such as Sonic Youth, Nirvana, and Redd Kross. The band has been credited with making "the international pop underground more international" by "opening it up to bands from Japan". They have also performed as a Ramones tribute band under the name The Osaka Ramones and have recorded music for numerous films including the theme song to the popular "PowerPuff Girls" cartoon series. Shonen Knife has toured worldwide playing their unique brand of sugar-pop-rock touring in the US, Canada, UK, Europe, Japan, China, Australia, Thailand and thickening their rich syrup as a band with each and every release.
Dance to the Rock! www.shonenknife.net www.facebook.com/ShonenKnifeOfficial