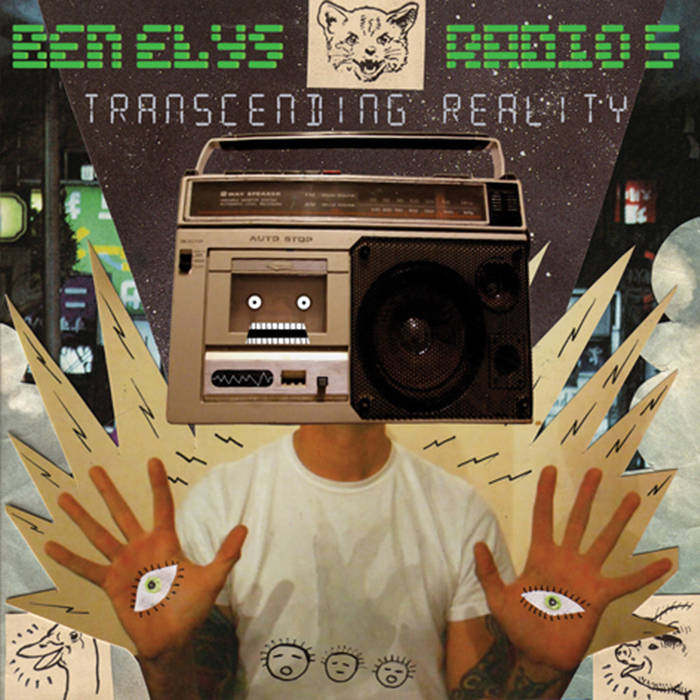 On Transcending Reality, Regurgitator’s Ben Ely and his group Ben Ely’s Radio 5 are picking up where the Foxboro Hottubs (Green Day) left off with their Stop Drop and Roll album from earlier this year. No-bullshit garage rock is the order of the day and in the case of the Radio 5, there is also a heavier space-age element in the mix.

The record originated in the mind of Ely as he was painting in the quiet of his spare room, preparing for a new art exhibition. The writing and recording process flowed easily from this point on, it would seem, as the album was finished a mere four months after his first rehearsal with Steve Bourke and Marihuzka Larenas-Esquivel (both of whom play guitars in what has been dubbed a “twin 6-string psych attack”).

The album opens with I’m Psyched, which boasts a rollicking beat and guitars, resulting in a song that could be by Regurgitator messing about in a garage. Slam Dance is a brilliant throwback to – œ80s pub rock finery, whilst the title track has a retro element which makes it sound like an – œ80s pop song fused with arcade game sounds. The – œspace invaders’ sound effects appear in a number of the tracks on the album including The Wizard Is Down By The River.

The distortion continues on Do It! before the intergalactic journeys of Big Love and The Radars Are Alive With Aliens. An ultra-weird track, Radio Show offers the listener four and a half minutes of futuristic radio program – complete with androids, robots, virtual rainforests and space-age public service announcements.

Transcending Reality showcases 14 songs that occasionally have a tendency to mesh into one another. But as it is only 37-odd minutes in total, the listener is unlikely to notice this. The wild ride is over pretty quickly, thanks to the great garage rock providing the soundtrack.