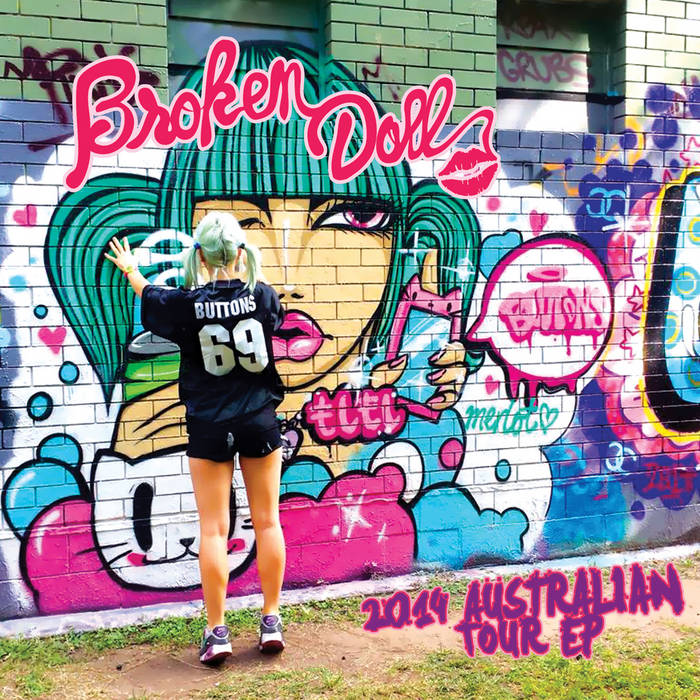 Sew up their debut Australian tour from Japan with their Harajuku street J-rock sounds as special invited guests forFuture Beauty Up Late at Brisbane's Gallery of Modern Art (GOMA), in conjunction with their summer exhibition 'Future Beauty: 30 years of Japanese Fashion'.

Known for their energetic performances and flamboyant Harajuku-style fashion, Tokyo four-piece Broken Doll are a 1980s-inspired Japanese punk-rock band with an ever-growing following as street fashion icons, influenced by their unique marriage of music and fashion. Exemplifying their distinctive ‘visual kei’ aesthetic, members of the band also manage a fashion label and store in the trendy Shimokitazawa district of Tokyo. Upon the release of their latest single ‘I Miss You’, along with a bunch of releases over the years including 2012’s Reach for The Sky”... Broken Doll have channeled the styles of Blondie and The Sex Pistols via Kyary Pamyu Pamyu and Baby Metal with their robust punk-rock sound and colourful fashion ala Japanese street culture craziness. Just returned from their first overseas jaunt in July to play London’s HYPER JAPAN they will be stitching into Australia for the first time, launching the ‘Future Beauty Up Late’ series at Brisbane's Gallery of Modern Art with an experience unlike anything presented at QAGOMA to date.

Then from there some quick stop clubs shows in Sydney and Melbourne.
Good Future for you!

features ANGEL FOREVER and I MISS YOU

REACH FOR THE SKY VIDEO: www.youtube.com/watch?v=psNLqHva8Gc