OUCH MY FACE - Ouch My Face

by Ouch My Face 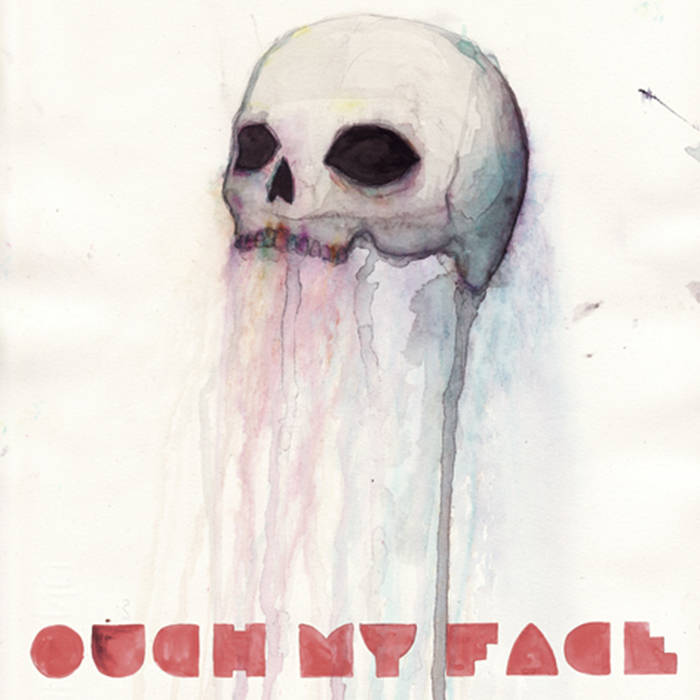 Ouch My Face is a three-piece experimental punk band from Melbourne via rural Australia, who left home to avoid lives spent working in timber mills and butcher shops. Diminutive front-woman Celeste Potter cuts through the pummelling rhythm section like a diamond tipped chainsaw with her trademark banshee-like howls and chaotic lead guitar style. Penniless, friendless and having nothing better to do, Celeste along with Steven Huf (Bass) and Ben Wundersitz (Drums) locked themselves in a tiny inner city apartment for a year and did nothing but make music. In time they left their dark confines, christened themselves Ouch My Face and poured their ferocious art into the giant bubbling cauldron that is the Melbourne independent music scene. After a couple of years of lovingly paying their DIY band dues- driving from city to city in an old van, sleeping on floors, sticking up thousands of flyers and playing hundreds of shows, Ouch My Face have earned themselves a distinct reputation as a formidable, raw and viscerally exciting live act. Recently they have stirred and enticed audiences whilst opening for The Bronx, Shonen Knife, Regurgitator and Handsome Furs. In May of 2009, Ouch My Face released their debut EP, a five-track cocktail of rhythm and hostility, through Valve records.
Lineup now includes Ben Ely (from Regurgitator) on bass
Cover art by Celeste Potter.


"Celeste Potter sure has impressive vocal chords. She shrieks, howls and spits furiously all over Ouch My Face’s debut EP. Still, she somehow manages to rein in the histrionics just enough to not become grating over the course of these five songs. It’s a fine balancing act, especially when she is backed by music that is so in-your-face, it threatens to exit through the back of your head like a high-calibre bullet.
Despite the fact that the three-piece recorded in two different studios with two different engineers, the seamlessness of this EP leads me to believe that they had a very definite vision of what they were trying to achieve. Reminiscent of the glossy production values of mid-’90s post-grunge, all the instruments are up-front, but clearly separated in the mix. This isn’t subtle – and neither should it be.
Potter’s guitar careens wildly around a rhythm section that keeps flexing its muscles. Steve Huf’s bass has the metallic clang employed by the likes of Rage Against The Machine or, closer to home, The Sinking Citizenship. The drums fall into lockstep on the second track ‘Knockouts’, while a male voice barks commands in military fashion and Celeste yells something about getting naked.
‘Firehead’ introduces a funk metal groove, before being smothered in distorted guitar and more furious banshee wails. ‘Obscena Misdemeanour’ mutates from a dance-punk floorstomper into something a lot heavier and leads into the full-blown metal riffing of the short closing track ‘Don’t Take A Knife To The Graveyard’. I’d love to see them go even further in this direction. The fact that they list Sepultura as one of their influences indicates they might.
Overall, it’s an impressive opening salvo from Ouch My Face. Don’t ask me what it all means, but with its slick sound and immediate impact, this record is custom-made for “youth” radio and dance floors. You can even mosh to it, if such is your wont, and Potter is a star in the making. Worse things could happen."
by René Schaefer
www.messandnoise.com/releases/2000275